Sometimes I talk to myself.

Sometimes it happens when I’m staring at tropical waters filled with crocodiles.  Once it even happened at the Panama Canal.

“Id,” I said fully verbalizing to myself.

“What is stopping you from living everyone’s dream of being a crocodile?  I mean, the Panama Canal is right there and it is full of crocodiles.  Why don’t you hop into the water and live life as a crocodilian henceforth?  Do it.  DO IT!!”

Then, Eco chimed in.

“Hey, man, I’ve spoken to all parts of our simian brain, both the man-part and the uber sexy monkey-part, and we like the idea of being a crocodile.  We think our future identity as a crocodile will be ultra bad-ass allowing us to bite SO MANY PEOPLE! It just makes sense.  Do it.  DO IT!”

Then, of course, Super-Eco showed up to crap all of this super-cool thought.

“You jabronis!  You can’t go and be a crocodile.  Humans wear suits and have jobs that they hate and pay bills for things that they don’t need and pay taxes…so many taxes!  Society doesn’t like this plan and neither do your parents…

What are you doing?

…And, we’ve jumped into the Panama Canal…to be a crocodile…No one ever listens to me.  I’ll just STFU now.”

And jump we did…

At first, I was just a pasty human in the warm waters of the canal splashing around like an asshole.  Then, slowly but surely I morphed into a crocodile.

Of course, I didn’t start out as some ferocious man-eating crocodile that would strike fear into the hearts of puny humans.  No, I had to start off small.

After a few years of eating fish, snails, and small mammals I finally got to a respectable size.  I became a boss…an apex predator.

Now I spend my days brutally assailing any other male crocodiles that swim into my turf, loving my harem of ladies, and living the good life of biting the shit out of any human that gets near the water.

The morale of this story is that sometimes you have to leap into potentially hazardous waters to get to where you are going in life.  Maybe that is a relationship with the person that you’ve always like or you quit your job that you hate or you become a crocodile.

And that, bucktoothed readers, is how you become a crocodile.  Every word of this story is true or my name isn’t Carl Jung. 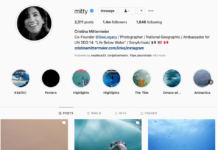 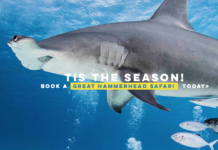