Part 1 of this orphaned baby elephant blog can be found here.

After three flights covering three continents I was finally at The David Sheldrick Wildlife Trust. Time to see some wee elephants and to meet my elephant-son, Rapa.

Upon entering the orphanage, we were told to line up off the path and to wait.  Wait for what?  To wait for the baby elephant-train to come rolling on in.

Apparently, the baby elephants spend their days out on the grounds of the orphanage doing fun elephant activities like playing dodge-ball, wallowing in mud, and browsing on some nice leaves.  I can think of worse ways to spend my time.

As we stood there on the side of the path all of the orphans came running in one at a time.  I’ve made that same run from playing outside before and I know that it is the run of someone who is hungry for some dinner.  Come on, you never ran for dinner because you were excited to eat?  Gigantic animals like baby elephants and myself think alike in that regard.  Gotta run to food!

Each wee baby has their own room, which they can navigate to on their own.  Honestly, I live in a house by myself and I still cannot tell which of the two rooms is the one to sleep in.  The baby elephants have me beat in that capacity.  Upon arrival in their rooms, dinner, the only thing that really matters to big mammals like me…and the baby elephants, is waiting for them.

Dinner consists of milk formula (for the infants) or hay, some kind of elephant-chow, and tree branches (for the weened ones – heh, ween).  I noticed that a couple of them asked for Arby’s for dinner, but they were told no.  Why? Because Arby’s doesn’t deliver to that part of the Nairobi, of course.

As babies in the wild would be in herds at night to huddle up for warmth (yo, it gets surprisingly cold out there at night), they get stylish elephant-capes to wear to keep the chill off of them.

Being at the orphanage and in the moment with these fun little guys it is easy to forget that they have experienced horrific traumas in their young lives and they likely suffer from PTSD. The very young ones are often so traumatized by whatever horribleness that separated them from their mothers that TDSWT staff have to be with them 24-hours a day.   Yes, people actually sleep in the baby’s rooms with them to comfort them at night.  I guess just having someone there helps comfort them when the night is dark and full of terrors.

As the infants would still be suckling if they were with their mothers, the keepers stick their hands in the baby’s mouths to give them something to suckle on.

I found this hand-pacifier to be hilarious because there were signs all over the place saying to keep your fingers out of the baby’s mouths.  I guess there is a technique to it.

All of this was well and good, but where was Rapa?  Where was my sweet son?  After searching all of the elephant rooms I finally found him…

Most of the elephants were curious about people and would investigate anyone that was looking into their rooms.  Not Rapa.  He had no interest in people or even me, his father.

I wondered why Rapa didn’t have time for me despite the long trip I took to meet him.  Then, I realized what was occupying his focus.  Rapa was extremely focused on stealing his neighbor’s food.

Honestly, I could not be more proud of my son’s thieving ways.  Stealing food is a fat move that I invented.  I delight in stealing food from my friends and family, especially little kids, when they are too slow to eat theirs or too distracted to fend off my attacks.  I always say that theft is the most delicious spice.  Somehow, my baby boy was just like me.  Oh, Rapa, papa is so proud of you!!!

Ultimately, The David Sheldrick Wildlife Trust was an absolutely incredible experience – made even better by knowing that these orphans would one day be returned to the wild, including my thieving son.  When you see the emotional palette that elephants have it is hard not to feel that they are experiencing emotions in the same way that we do.  It is even harder not to love them.  I mean, look at this little guy! 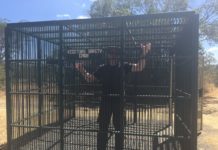 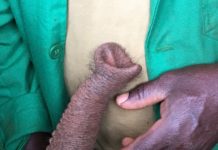