The interwebs is abuzz with photos of Ocean Ramsey’s open water dive with the super-massive great white shark known as Deep Blue.

Ocean was able to get these incredible pictures as Deep Blue had been feeding on a dead whale in the waters of Hawaii. The shark was so satiated with that good whale meat that she completely ignored the human swimming with her.

Even with Deep Blue being satiated it takes giant swinging chimpanzee balls to free dive with a great white shark. Ocean got very close to the big girl…Maybe too close.

If Ocean laying hands on Deep Blue had gone poorly we’d have another Timothy Treadwell situation on our hands.

Timothy Treadwell was the genius who thought that wild grizzly bears were his friends. Sure, he got away with being around them, and even touching them, numerous times. Until he didn’t get away with it anymore.

Yes, a wild grizzly killed and ate Timothy and his girlfriend.

The bear had to be destroyed.

You can read about Timothy’s tale here.

I’m not saying that the authorities would have killed Deep Blue if she had attacked Ramsey, but I can’t say that they wouldn’t have.

Personally, I’d rather live in a world with Deep Blue in it. If that means that Ramsey and other divers (including me) have to keep their hands off the sharks I can live with that!

You can read about Ocean’s dive on the BBC’s site if you are interested. 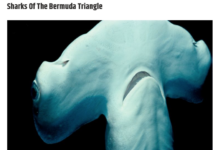 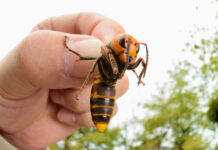 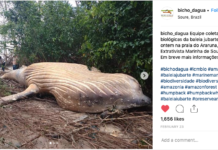