The likely last domicile of the northern white rhino species is a place called Ol Pejeta Conservancy.  Ol Pejeta got a lot of press when Sudan passed, but I would imagine this wonderful bastion of conservation is largely an unknown commodity in the world.  Well, I have been to Ol Pejeta and I am here to share some details about what that wonderful place is all about.

Ol Pejeta is a 90,000 acre conservancy in the Laikipia region of Kenya (near Mt Kenya if you are looking at a map and need a landmark as a reference).  Ol Pejeta conserves a vast swath of grasslands, scrub brush, and forests that provide safe habitat for all of the standard safari animals*.

*Ol Pejeta is around 6,300 feet above sea level.  This higher elevation makes Ol Pejeta a bit cooler than you would find at, say, the Masai Mara.  Crocs and hippos do not venture up to this elevation because they are warm weather wimps.  You will get the rest of the standard safari animals including elephants, lions, buffalo, cheetah, leopards, etc.

While Ol Pejeta provides habitat for all creatures their conservation efforts focus on creature in particular, the rhino.

As you no doubt know, rhinos are the focus of intense poaching efforts due to the value of their horn on the black market.  Ol Pejeta has taken extraordinary steps to protect the rhinos on the Conservancy (both the native black rhinos as well as southern white rhinos imported from South Africa).

The entirety of Ol Pejeta’s 90,000 acres of habitat is encircled with electrified anti-poaching fencing.  Roads have been established on the inside of the anti-poaching fence, which are patrolled by rangers.  The patrolling rangers look for signs of poachers, but also for damage caused by animals.  I’m looking at you, elephants!

Ol Pejeta is not about keeping big migratory animals on lockdown.  How does one create a dynamic were animals are free to migrate in and out of the Conservancy, but prevents rhinos from leaving?  Do you believe that rhino posts are a thing?

Rhino posts are just high enough and spaced just closely enough that rhinos cannot navigate through them with their stubby little legs.  Literally every other animal can come and go from the Conservancy except the rhinos.  It’s a genius low tech solution!

Ol Pejeta isn’t just wide open wildness for animals to roam.  The Conservancy also has specialized facilities that serve as sanctuaries for rhinos, chimpanzees, and other disabled animals.

As you may have guessed, the rhino sanctuary is were the last of the northern white rhinos will spend the rest of their days.  Access to the northern white rhinos was not available when Ass-Flap and I were there (more do to timing and not because the great beasts were off-limits).  Trust me when I say this, I really regret that I did not get to see Sudan and his offspring.  That might have been a once in a lifetime opportunity.

I did get to spend some quality time with a nice black rhino named Baraka.  Which US president is Baraka named after?  It is not Donald Trump.

A completely blind Baraka was found in the wild as a youngster.  Given the endangered status of rhinos the park rangers did not want to leave Baraka to the lions (that was practical in addition to being humane…unless you are a lion).  So, Baraka was brought to the sanctuary where he now spends his days in a roomy natural enclosure completely free of predators.

When guests show up at Barak’s enclosure he comes to greet them.  Of course, he knows that guests always carry his favorite snack, sugar cane.  If you ever thought a pooch was happy to get a treat you should see a rhino getting one.  The dude was thrilled.  He even lets you pet him as long as he gets his treat!

Sweetwaters houses orphaned chimps that were evacuated from Rwanda during their civil war.  Now Sweetwaters is the chimp’s permanent base of operations were they spend their time doing chimpanzee things like flinging poop (I stepped in some and it was disgusting), begging for bananas, and fantasizing about killing their human overlords.  You can read about my experience at Sweetwaters here:  Chimpanzees:  Murder Machines With Erections (Sometimes).

Oh, you didn’t think that humans would be amongst the inhabitants at Ol Pejeta?  Well, they are.  Ol Pejeta is run by the Masai who also live full-time on the grounds.

You cannot have Masai without cattle.  To the Masai, cattle are currency (a Masai warrior legitimately offered me 10 cattle for Ass-Flap to be one of his wives), status, food (mainly milk and blood), and building material (dung for shelter, leather for beds).  All of the Masai’s wealth is tied up in cattle.

At Ol Pejeta, the Masai maintain their cattle herds as they have for hundreds of years.  When tourism at the Conservancy gets seasonally slow the Masai sell cattle to help make ends meet.

While the cattle do compete with the wild herbivores for food their presence does provide one big benefit to all of the animals – water.  Humans have dug cisterns for their cattle that are used by the other animals.

The rangers at Ol Pejeta told me that despite all of their best efforts they still had one poaching incident in 2016.  It takes money to fund all of the anti-poaching efforts.  Also, it takes a lot of money to feed and house the sanctuary animals.  If you dig rhinos and a good conservation story you can help by donating to Ol Pejeta by clicking here.

After all, without places like Ol Pejeta all African rhinos would be on the brink of extinction. The world would be a lesser place without these magnificent beasts! 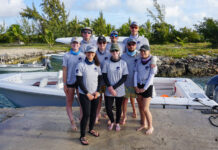 Citizen Science With Saving The Blue 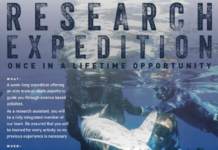 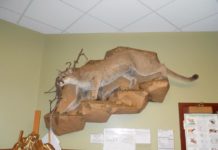