Every once in a while I stumble across a nature video on the interwebs that just blows my mind.  Ladies and gentlemen, that has JUST happened!

Check out this video of a tiger shark and a saltwater crocodile feasting on a dead whale.

Saltwater crocodiles, as their name would imply, do range far out to sea occasionally doing so for long periods of time.  Given how badly that dead whale must have smelled it makes sense that the croc had sniffed it out for a convenient open ocean meal.

That dead whale is plenty big enough for the two apex predators to break bread with one another.  What a lucky find that someone was able to get such excellent video of the occurrence! 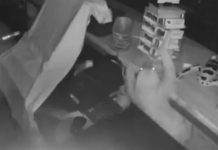 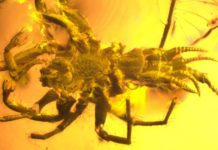