Now you really are thinking, “Yeah, what IS the deal with wildebeest placenta, Mr. Bloggity Blogger?  Ya know what else, I could go for some Arby’s right about now.”  I cannot help you with the Arby’s.  I can tell you a little bit about why brave men shudder in fear at wildebeest placenta (men far braver than I as I am typing this while hiding under my desk for fear of a menacing cat I saw on the street earlier).  No, these brave men don’t fear wildebeest placenta because it is inherently disgusting and likely smells like…wildbeest placenta.  No, they fear it for legitimate reason, which I would be happy to explain if you could quit harping on me about Arby’s for one minute.

The Masai-Mara/Serengeti Eco-Sytem:  When February-March rolls around like a fat person rolls around on a beach it is high time for uber pregnant wildebeest mommas to drop babies like I drop blogs.  What a wonderful time of happiness as wildebabies drink that good-good extra pungent wildebeest milk and kick up their awkward little legs in an effort to do the whip/nae nae.  Truly, this time of milk-mirth has everyone feeling really good about themselves.  And by everyone I mean the predators that gorge themselves stupid on milk fueled nae nae’ing wildebabies.

Yes, many wildebabies end up giving a slew of grade-A predators the meat-sweats.  However, the sheer volume of big bastard babies means that the majority of them escape predation long enough to be a pain in the ass to their mothers while they are trying to buy something pretty to wear to that work party coming up on Friday.  Hey, maybe Jim from accounting will be there and there ain’t no ring on this hoof.  Gotta look good!

And when you get wildebabies wobbling about you get the grossest thing produced in nature as a byproduct – wildebeest placenta.  Afterbirth.  Amniotic sack.  A Philadelphia brunch.  Call it what you want, still gross.  Sure, gross, but terrifying?  Yes, if you are a Masai warrior then you are terrified that gross thing.

The Masai warriors are bad-ass mofos with the wallets to prove it.  They live all day erryday with animals that serve as prolific human murder-machines.  They could care less about lions with their fancy-boy hair cuts and they actually laugh harder at the hyena’s stupid jokes than the hyenas do.  Worse than the animals, the Masai warriors also have multiple wives that nag the crap out of them for playing Call Of Duty online with their friends all night long.  Nope, couldn’t careless about that either.  The Masai warriors do care about their cows though.

The Masai are herdsmen in addition to being warriors.  They don’t really farm and they don’t hunt for bush-meat (which is why there is so much wildlife in this part of Kenya).  The Masai’s cattle are their source of food (meat, blood, and milk), household omni-material (leather), and money (make it rain up in this club with these fat stacks of bovines).  It would be like if an ATM machine kicked out Arby’s roast beef and cheddar to eat, you could use the wrappers as bed sheets, and you could spend the coupons like currency (I just paid my taxes in Arby’s coupons, by the way).  By that obviously logical thinking the more Arby’s you have the wealthier you are.  To the Masai, the more cattle you have the wealthier you are.

Fun True Story That Has Nothing To Do With Placenta:  one Masai warrior offered me ten cows for my sister’s hand in marriage to be one of his wives.  Chick is worth at least 20 cows.  I felt like this guy might be bovine-rich so I made my counter-proposal and went all the way to 20.  Sadly, we could not come to an agreement.   Dude was a shrewd negotiator as he tried to bargain me down by pointing out that the dowry for most wives is 5-7 cows.  Offering 10 was already a high price for a girl that cannot build a dung-hut, thatch a roof, or do anything besides nap for 23 hours per day.  Plus, if the other wives got wind that he paid 10+ cows for this chick he would never hear the end of it.  So, no deal.  I’m sure there is a nice arms dealer or warlord out there that will pay what I want for her.

So, what is it about wildebeest placenta of all things that scares people that routinely go boozing with dangerous animals?  Wildebeest are carriers of a virus called bovine malignant catarhhal fever.  That virus does not harm the wildebeest, but it can be passed to cattle through secretions involved in the birthing process, particularly in the placenta (I command you to think about wildebeest birthing secretions).  Cattle end up making a buffet of the grass that served as the wildebeest’s birth-bed.  Thus, the cows come in contact with the tainted fluids (whoa-o-o-o) or even the gross tainted placenta itself and they contract the virus.  Unfortunately for the cows the virus is fatal.

For the Masai, losing cows to this disease is not only losing wealth, but losing their source of food.  Luckily, the disease can only be passed through infected cow fluid so quarantining the sick animals works to protect the herd, but those infected cows do turn udder-up at some point.  If the Masai fail to manage the infected animals the disease can spread as the infected cows leak fluids everywhere like dudes at the bus-stop leak fluids pretty much all over everything.  That can be a death sentence for a remote village in a very short time-frame. Hey, not a bad reason for such swashbuckling mam-ba-jamabas to fear something as trivial as a friggin’ placenta.  I would be afraid too, but then again I was afraid of a cat on the street. 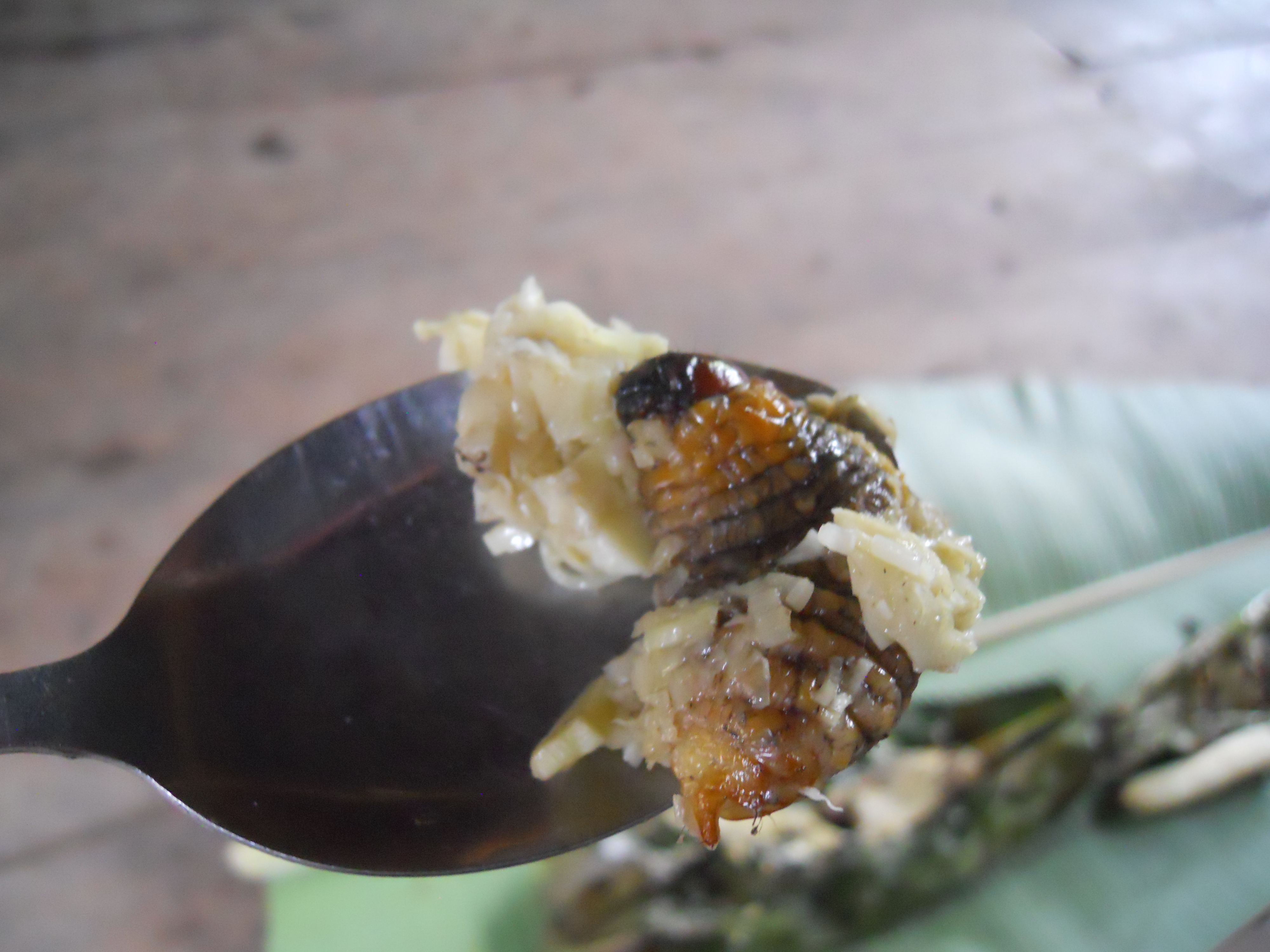 How To Win Friends And Influence People By Eating Larvae