This is part three of a series of blogs about my safari experience.  This entry gives a look at what the average day on safari is like.

Safari Country:  Kenya (I went to Zanzibar too, but not on a safari – that was for relaxing)

Disclaimer:  This series of blogs on the safari experience is going to come off as glowing for Gamewatchers Safari.  This is not intended to be a shill piece for them.  I am simply stating my opinion, which is very high, of their operation.  If anyone at Gamewatchers Safari is reading this and wants to have me come over on another adventure to write about your operation…I AM IN!

The day typically starts with a wake-up call at 5:30am prior to the sun making an appearance.  Going out at this time ensures that you overlap with night crew.  Animals, like people, that are active at night are typically up to no good.  Yes, that is when the majority of the murders transpire.  A short drive will reveal quite a few victims from the night before.  Much like walking around the streets in Philadelphia in the morning.  Or the afternoon.  Night.  All day long.  Every day.  Even Christmas.

The wake-up call is administered in the form of a Masai warrior standing outside of your tent saying “Hello” until you respond.  Often times I left those guys hanging out there for an embarrassing amount of time saying “Hello” as I was waking up from the sleep of the dead.  I would be so disoriented from the deep-void slumber that I thought the “Hello” was some kind of animal noise (hey, it is noisy there at night).  Try to explain why you left this Masai standing out there in the dark saying “Hello” for a few minutes because you thought he was an animal.  They find it as obtuse as you do reading about it.

The camps recognize that doughy adventurers need an extra jolting the morning to get their dopey selves up and moving at such an early hour.  At dinner the previous night, the Masai are sure to make note of everyone’s preferred jolt of choice (coffee, tea, or hot coco). Luckily, the wake-up call lad is not only there to get your snoozing ass out of bed, but he also delivers a tray with the beverages that you selected the night before.  Waking up early sucks proboscis, but the hot drinks are a nice touch.

You have 30 minutes to consume your beverage, gather your adventure belongings, void whatever needs to be voided, and then you report to work for the day.  This is your office.

The safari vehicles were super-beefy rides, usually Land Rovers, that can drive over just about anything.  If there is anything resembling a road it is usually dirt tire tracks.  Often times it is literally just this:

When you are cruising around in the Land Rover the guides might spot something off in the distance that requires additional exploring.  When that happens you have to take the road never travelled to get there.

Going on safari is literally just driving.  You drive until you see something and it does not take long.  I have never seen such abundance of huge lifeforms outside of the buffet line at the local Chinese restaurant.  There are giant animals taking giant dumps everywhere!

Each camp differs on terrain, altitude, water availability, etc. so you get a different viewing experience at each one.  One camp had a ton of rhinos in it, others had none.  One camp had an abundance of crocodiles and the others had one to none.  It’s just different enough at each one to keep it from being the same thing over and over again.  Not that the “same thing” is bad because I am sure that you don’t have an abundance of zebra in your neighborhood.  I think.

Speaking of not seeing the same thing over and over again…Obviously, the animals are doing different things throughout the adventure.  That can range from running in the rain storms (seriously, herbivores run full speed seemingly with joy when it rains), to giving birth, to taking nutrient rich dumps, to killing and eating each other (here is a blog about a cheetah single-mother that goes on a drive-by to feed her kids).  It just never gets boring out there.

After a few hours of driving and seeing amazing animals and landscapes it is time for breakfast.  If you think you don’t work up a massive appetite cruising the bush for beasts you would be wrong.  I mean, I’m fat in the appetite to begin with, but after seeing all of that awesomeness FATTY BE HUNGRY!!!  I’m FATTY, you see.

The Masai drive until they find a scenic spot with minimal things to kill the humans and then they lay out a picnic breakfast previously prepared by the camp chef.

I would expect that eating out in the open would attract visitors.  Nope!  We barely even had any insects visit us.  In fact, it being the dry season, I barely saw any insects at all on the entire trip.  Although, one time a jar of honey was left open a little too long.  Very aggressive bees came all over the damn place to get some of that sweet-sweet honey action.

I will tell you that when I think about this safari adventure I find myself thinking fondly about these breakfasts.  Yes, It is because I’m a little pork-chop, but it was just super cool having breakfast out among all of that nature.  Those are memories that I will never forget.  Memories of the scenery…and the food itself.

When breakfast is done you pack everything up being very careful to not leave one trace of garbage behind.  I’m talking if one tiny piece of an egg shell was on the ground we cleaned that up.  The idea is to do no harm to the environment and everyone took that every seriously.

The morning drive concludes around noon.  The adventurer’s head back to the camp, have lunch, and then there is free-time until the afternoon drive.

Perhaps you might have heard, but it gets hot on the equator.  Like, Africa hot.  It is so hot in the middle of the day that the animals take a break from doing anything, including trying to kill each other, and they just relax.

Even the giraffes have to slow their giant roll.

If you would have told me before I went to Africa that I would be capable of taking a nap in that kind of brutal heat I would have said that you were absolutely nutso.  And yet there I was day after day passed out in the heat snoozing deeply and snoring loudly enough to agitate the baboons.  Adventuring takes a lot out of you!

At 4:30pm the adventurers gathered at the meeting tent and then it is back into the ride by 5pm.  The evening drive is more cruising around getting into adventures.  As the sun begins to set you see the night crew start to emerge – Hyenas stir as do the elusive leopard.

When the sun starts to go down it is sundowner time.  I had never heard that term before, but apparently it is a solid occasion to go somewhere pretty and started getting ripped on booze!  Hey, it’s always sundowner time somewhere, eh?

How Close Do You Get To The Wildlife?

A lot of people have asked about proximity to the wildlife on these adventures.  You get this close:

Yes, the vehicles are wide open.  Yes, the animals could get in the vehicles if they really wanted to.  No, they have no interest in getting into the vehicles.  Humans on two feet get the animal’s attention.  Humans in vehicles, well, they are just another big shape moving among them.  It’s something in their psychology that they don’t equate people in the vehicles with either food or danger.  If you stood up in the vehicle, well, that would get their attention and likely trigger a fight or flight decision-point.  Just don’t stand up in the vehicle and all will be well.

But what if the vehicle becomes immobile for any reason?  Well, that happened.  With a lioness on the scene.  And a hyena clan.

One morning we were creeping on a lioness, a hyena clan, and a couple of jackals.  The lioness had blood on her paw from a kill that likely happened during the night (she wasn’t limping so I assumed that it was blood from a stone-cold murder).  None of them were fighting, just kind of uneasily watching each other.  As they started to saunter off we tried to follow.  Then, we got stuck in an aardvark hole.  An aardvark hole!  Oh, why were you late to work again today, Poindexter?  Sorry, boss, got stuck in an aardvark hole.

The Masai waited for the predators to disappear into the bushes.  Then, without thinking twice about it, they hopped out, grabbed some sticks and a jack, and got to work.

The used the sticks to dig the hole out so the vehicle could simply drive on.  A low tech solution, but it worked.  I have a feeling that this wasn’t the first time that they had to do this.  Ya know, aardvark holes being a hazard of the job.

Wow, what an adventure!  I cannot express enough how satisfying this adventure was on so many levels.  The intense wildlife experience was everything that I ever could have imagined.  I got to see so many things that I had only read about or seen on TV.  Also, I got to experience so many things that I could never have conceived of (who knew eating breakfast with wild animals was awesome?).  If you have considered going on a safari I hope this blog stoked those passions.  I mean, where else could you possibly see this in the wild: 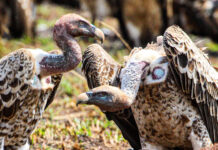 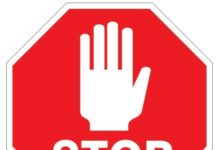 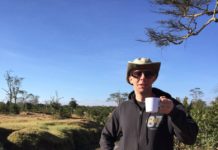