On a recent trip to Key Largo I desired to see manatees.

Thus, I hopped on board a vessel for Everglades Eco Tours and set sail through the mangroves and canals looking for these sweet sexy fatties.

The absolute best place to find manatees on Key Largo are the canals behind people’s home. Manatees enjoy a drink of crazy cold fresh water. The nice folks of Key Largo often leave a hose on trickle to give the uber fatties a refreshing beverage.

After looking for manatees in the canals for all of 2 minutes we found about 15 of them being fat in a back channel canal. What were they doing back there? Drinking fresh water of course!

And while the manatees look uber sweet they do compete for the fresh water in the sweetest and fattest way possible. Look at those porkers going to town on each other!

While most of the fat manatees drank from the hose in the conventional way some of the uber fatties did so with flair. Look at this absolute porkchop’s style!

This scenario of manatees and humans peacefully coexisting is where it’s at. But where humans and nature collide nature usually feels the wrath in some form. For fat manatees that wrath comes from boat propellers.

Ultimately, the canals of Key Largo are a great place to see manatees Go get you some! 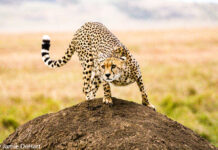 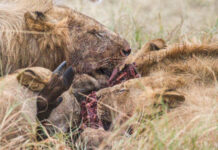 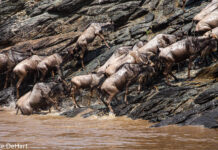