Being a monkey with a camera, I decided to take a couple of photography courses to attempt to evolve into an ape with a camera.

Upon arriving at Missy’s front door I really had no idea what to expect. I mean, I hadn’t been to a photo studio since my mom took my brother and I to Sears for a terrifying family portrait.

The Sears studio was a grim place that hope and happiness went to die, but Missy’s studio had a positive and creative vibe.

After introductory chit-chat (she actually thought that I was a woman based on my gender neutral name and large feminine breasts) Missy asked to see the gear that I use to shoot sexy wild beasts.

Out came my Canon Rebel.

Followed by the new Canon 55mm lens that I procured for this class.

We dove into a discussion on technical photography: shooting on manual, aperture, ISO, and shutter speed.

For the first time in my blasted miserable long-legged life I was woke to what the f*** these technical photography elements were. What a time to be alive!

Drunk on knowledge and possibly last night’s Jacob’s Best whisky it was time to practice shooting on manual mode. At that moment, a terrifying wild beast appeared that would make for an excellent subject to shoot.

Taking pics of a stationary beast is all well and good. However, in the wild the beasts are always doing action-adventure shit. Then, the bear sprung into action.

After that fluffy son of a bitch flew around a bit I noticed that it began to gaze at me with hunger in its black dead eyes.

It advanced upon me, but I continued to shoot in burst mode because I’m swashbuckling AF.

Likely due to my complete lack of effort in running the bear got me!

During my mauling I learned that I could peel off shot after shot without adjusting my settings with every photo staying completely in focus. Is this how real wildlife photographers have been living all along???

I hope to recover from my mauling in time for my next class in a couple of weeks. My homework for the next class is to practice manual photography, get familiar with Adobe Lightroom, and to stop being an asshole. 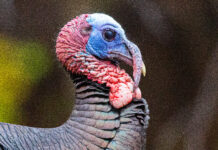 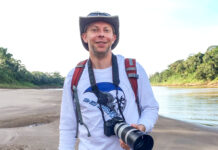 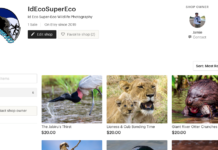